What Organic Sulfur Can Do For You 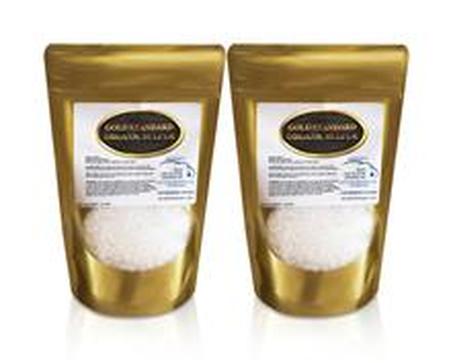 ​Leading a healthy, fulfilling, lifestyle is a rising concern in today’s world. In a global society where GMO foods dominate and people stressfully rush from one activity to another, our health is compromised more and more each day. We try to do our best to lead a healthy life but we unknowingly overlook particularly crucial elements of our well-being. One of the most overlooked aspects of our health is surprisingly enough in mineral deficiency. And one of these alarming deficiencies is in organic sulfur.

Food is processed with genetic modifications and grown with chemical fertilizers that deplete the soil of sulfur so that the foods never intake the organic sulfur the foods are supposed to.

Public water supplies contain heavy amounts of chlorine that block oxygen delivery and are contaminated with agri-chemicals.
Heavy diesel and factory emissions spread through the air across the country and deplete our bodies of organic sulfur.

So why does this even matter?

​Organic sulfur is more important than most people think because:
1) Organic sulfur removes toxins that accumulate in all types of cells thus purifying the body.

2) Organic sulfur leads to a balanced lifestyle, by promoting oxygen.

4) Organic sulfur can also help chelate out heavy metals (like mercury) that are present in dental fillings or vaccines.

Lack of organic sulfur can lead to susceptibility to disease and disrupts lives when people attribute the reason for problems to other issues like having no energy, joint pain and advanced aging. A simple addition of organic sulfur daily can make the difference not only to your body but also to your lifestyle. It’s natural because it’s a nutrient and contributes to improvements in health conditions ranging from chronic headache alleviation to “hangover” toxin relief in a matter of minutes. Organic sulfur simply makes people feel better.

Be proactive and protect your body by giving organic sulfur a try. This simple nutrient could be the answer to that problem that simply will not go away. Check out the most popular bundle of organic sulfur, the 2 pounder.

It can be found by clicking right here.