​
​People use Essiac for a multitude of health conditions, most notably cancer. However, another common use for Essiac is in treatment of diabetes. The discovery of the association between diabetes and Essiac occurred when one of Caisse’s patients with both colon cancer and diabetes not only saw remission of her cancer on Essiac, but also claimed that her diabetes disappeared.


This result was so astounding that even Dr. Frederick Banting, a Nobel laureate and one of the primary discoverers of insulin, became interested in researching Essiac further. Dr. Banting wanted to investigate the possible ability of Essiac to regenerate the pancreas’ ability to produce insulin and thus treat diabetes, but the research never happened because one of the stipulations was that Caisse close her clinic until after the research was completed; Caisse found this unacceptable due to her number of cancer patients.

Toxin Removal
Many Essiac proponents believe that Essiac’s detoxifying property is one of the main physiologic mechanisms that makes it helpful in diabetes. With type II diabetes in particular, the pancreas loses function due to exposure to toxins from poor diet, environmental pollutants, and attacks from microbial pathogens. Regular use of Essiac tea reportedly flushes these toxins from the body by neutralizing them and allowing the body’s other organs (such as liver, kidney, skin) to remove them. This allows the pancreas to regain function and return to normal levels of insulin production.

This theory, however, has not been proven with laboratory or clinical studies. Also, given that type II diabetes is related more to insulin insensitivity, rather than insulin deficiency, this theory seems unlikely to be the case in type II. With type I, though, where the problem is insufficient insulin production by the pancreas, this theory may be explanatory if Essiac can help clear the auto-antibodies and heal the pancreas.

Effects of Burdock Root
Another mechanism by which Essiac likely helps diabetes is through the action of one of its constituent herbs. Burdock root appears to be the important root in diabetes. This root has been used to reduce blood sugar for centuries and at least one study has shown that a mixture of burdock root and astragalus root improved blood sugar in diabetics, among other beneficial actions.

Diabetes remains one of the major diseases for which Essiac possesses reported therapeutic effects. It likely derives its usefulness in diabetes from its detoxification property and the ability of burdock root to act as a hypoglycemic agent. One must exercise caution when using Essiac or any substance with the potential to lower blood sugar, though. Hypoglycemia can be life-threatening. It is important to talk to a health professional when using a hypoglycemic agent and to inform one’s doctor of ALL medications and supplements being used. Whether it is a prescription drug or not, overuse or the improper combination with other drugs or supplements can be harmful or even fatal.

Some Basic info on Diabetes​
Diabetes occurs when the body either does not produce enough insulin or has an inadequate response to insulin, which is one of the main hormones essential to regulation of blood sugar levels. Specifically, insulin’s main role is signaling cells to uptake sugar from blood and thus decrease blood sugar.

Diabetes comes in two basic types: type I and type II. Type I diabetes is an autoimmune disease in which a person’s body produces molecules called auto-antibodies that attack the person’s own pancreas, the organ that produces insulin. Type II diabetes occurs when a person produces enough insulin, but cells throughout the body have become resistant or insensitive to its effects. This type of diabetes largely develops due to lifestyle, e.g. obesity, lack of exercise, and poor diet.

Common symptoms of diabetes include:
With conventional medicine, type I diabetics always require insulin, while type II diabetics can be treated with oral medications that decrease blood sugar or improve insulin sensitivity. Type II diabetics may also eventually require insulin injections if oral medications fail to control the disease. Whenever using a hypoglycemic medication, or blood sugar-lowering drug, it is essential to be aware of the symptoms of hypoglycemia (low blood sugar):
​If these symptoms occur, it is vital that one check his/her blood sugar and eat/drink something containing sugar.

This information is for those who wish to make their own Essiac Tea.
​
​Essiac ingredients
The Essiac ingredients are available in proper quantities.
Directions to prepare Essiac
​Read Directions Thoroughly
Supplies:
You also will need:
Bring to a hard boil (takes about 30 minutes) The lid is on all the time (except while stirring). Put in Essiac Herbs, stir, boil hard for 10 mins (adjust flame as needed). Turn off stove, let sit for 6 hours. After 6 hours stir thoroughly, let sit for 6 more hours. After the last 6 hours, turn on heat and bring to boil. At boiling point turn off the heat, strain into pot #2. Clean pot #1. Strain back into pot #1. Immediately pour into bottles and put the caps on (12 x 16 oz bottles). Must be bottled hot. Store in a dark cabinet.
​
Directions for use
Take four tablespoons of distilled water. Heat the water. To the heated water add four tablespoons (2 oz) Essiac. Mix and drink. To be taken at bedtime on an empty stomach. At least 2 hours after eating. Can be taken in the morning on an empty stomach. If taken in the morning do not eat for at least 2 hours after taking.

In order to keep our content free, some of the links maybe affiliate links to trusted websites and products we enjoy using.
Shopping through these links will in some cases give you a discount and also bring a small commission to
JAHealthAdvocate.com. ​Read our full Affiliate Disclosure for more info. 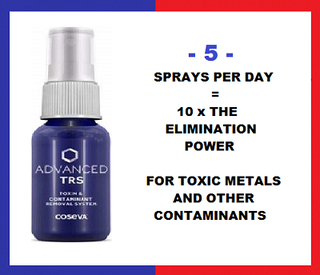 MEDICAL DISCLAIMER:  The content of this JA Health Advocate Website is presented for educational purposes only and is not intended to diagnose or prescribe for any medical or psychological condition, nor to prevent, treat, mitigate or cure such conditions. The information contained herein is not intended to replace a one-on-one relationship with a doctor or qualified healthcare professional. Therefore, this information is not intended as medical advice, but rather a sharing of knowledge and information based on research and experience. JA Health Advocate encourages you to make your own health care decisions based on your judgment and research in partnership with a qualified healthcare professional.

​The MMS Protocols described on this site are official sacraments of the Genesis II Church of Health and Healing. The reader accepts 100% responsibility for any and all use made of any information herein.