​How Are Your Genes Functioning? 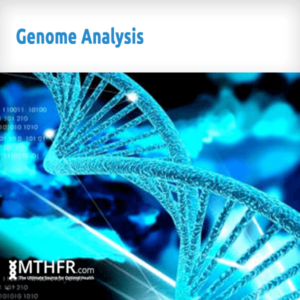 Both MTHFR and COMT genes are involved in the methylation pathway and testing their function is an important component of your anti-aging strategy.

Think of billions of on/off switches that control most of your body’s functions such as:
​When methylation is working, it helps you feel full of energy, in a good mood, and just generally well! When it is not working, you can feel tired, depressed, irritable, run-down, susceptible to infections, foggy-brained, and just plain "toxic." This genetic methylation profile looks for gene mutations (also called SNP's) of the following two enzymes: 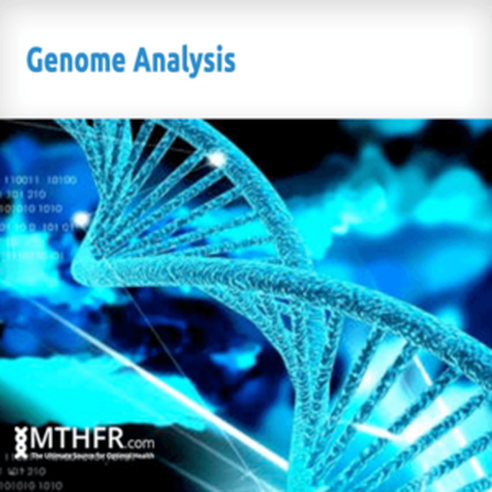 Folate and Methylation
There are about 40 different genetic mutations that can affect MTHFR. About 40% of the population has one abnormal gene and are moderately affected. About 12% of the population has two abnormal genes and is more significantly affected. Problems associated with MTHFR mutations include elevated risk of stroke and heart attack, increased cancer risk, defects in embryo development (spinal tube defects), and neurological symptoms including insomnia, irritability, depression, brain fog, neuropathy (burning tingling feet and hands), and restless leg syndrome. It also can be a factor in recovery from fibromyalgia and Lyme disease.

For folks who want the technical details:
MTHFR is a gene that codes for an enzyme called methylenetetrahydrofolate reductase. This enzyme is vital for creating 5-methyltetrahydrofolate, an essential substance for converting the amino acid homocysteine into the amino acid methionine. Methionine is essential for amino acid synthesis, formation of glutathione (important intracellular antioxidant), formation of DNA, and detoxification. Methionine is important for formation of SAMe, which plays a key role in metabolism of dopamine, serotonin, and melatonin. Without this important enzyme, all these pathways are blocked.

Testing for MTHFR Mutations
This is a simple blood test that costs about $150. Checking for elevations of homocysteine and RBC folate in the blood is an indirect way to check for the problem. The best solution for elevated levels is getting plenty of natural 5-methyltetrahydrofolate (methylfolate for short). Leafy greens are a great source, but if you have a mutation, supplementing is a good idea. Folic acid, found in most multivitamin products, will not work because it must be converted by the deficient enzyme.

You must supplement with 5-methyltetrahydrofolate. 5-methyltetrahydrofolate 400-800 micrograms daily is generally adequate for anyone with a single mutation (especially if you eat plenty of leafy greens). If you have a double mutation, it is a good idea to take an extra 400-800 micrograms. For additional benefit, you can add SAMe 400-800 mg daily. SAMe supports detoxification and can improve sleep (take it in the evening).

Healthful diet and adequate supplementation of methyl donors is generally adequate for recovery. MTHFR testing is only necessary if recovery is not progressing.

In my medical practice, I had the fortune of working with a lab that measured MTHFR for no charge. For the five years it was available, I tested all my patients. Surprisingly, I found it played a more minor role in recovery than I expected. I had chronic Lyme sufferers who were severely symptomatic who had no mutations and perfectly healthy people who had double mutations.

Oral Ties, Which is a Birth Defect!

​All doctors, nurses, dentists, ENTs, and lactation consultants need to be educated on oral ties, which is a birth defect!! It can be linked with or to midline defects, which also should be checked out at birth. I know dozens of struggling parents trying to find answers and searching themselves to help their child with oral ties with or without the help of their pediatricians and other doctors.

Oral ties NEED to be assessed at birth and if not caught, then at the first dr. visit--especially if a parent like a nursing mom voices concern about pain when nursing or any related issues below. Oral ties NEED to be fixed early on so the symptoms below are less likely to happen, and using laser with stretches afterwards, or laser with stitches, should be done. Having chiropractor care, Myofunctional therapy, Craniosacral therapy, and other body work care helps to bring the body to a state it should have been if the tie’s tissue was not present at birth.

Normally that tiny tissue would have been dissolved in the womb but more and more babies are born with it. Some say it’s folic acid use vs. real folate during pregnancy. Doctors who see pregnant women, you should recommend FOLATE NOT FOLIC ACID during pregnancy! Some say it's genetics, esp. those related to MTHFR gene mutation.

Some say it’s baloney and people need to stop researching it... But in 1600s, midwives would snip it to create a better nursing experience. One doctor decided it was nonsense and thus years of failure to catch oral ties as formula came into play. If the midwives were fixing them back then, why must we ignore them today when mothers want to nurse because it is healthier and benefits the baby’s overall development?

Please, as a mother who had gone through hell and back trying to get answers for her baby, EDUCATE yourself on oral ties!!! Read the articles, read the book, take classes, and stop ignoring the signs!!

​MTHFR Diet. What Do I Eat If I Have The MTHFR Gene Mutation?

​By request here's a list I complied from multiple sources. There's no 100% agreement on which foods are high histamine... when I first realized I had issues and tried to follow a low histamine diet I found the lack of consistency on the lists frustrating... that was years ago. I'm having issues again and put this list together for quick reminders.

​Remember all foods increase in histamines the longer it cooks, the longer it's been cut, and the longer it sits as leftovers. And Like Yasminia has learned, sometimes restrictive diets end up causing more health problems until you're eating 3 things which isn't healthy either. She highly suggests adding nutrient dense healing foods as the focus more than the avoiding foods... but when you're in the thick of it... the short term avoiding high histamine things can be helpful to help get things under control.

RECIPES for Those Living With MTHFR

How to diagnose oral ties:
https://www.drghaheri.com/blog/2014/2/15/how-to-examine-a-baby-for-tongue-tie-or-lip-tie?fbclid=IwAR1dMc7N-Nh2imEpRc-PhodLL94mtW0_zz4dNOTNYkkOsmcnw-Q_JQqLHVc

If undiagnosed or fixed these babies and children grow up to have issues as adults.
https://www.drstevenlin.com/adult-tongue-tie-surgery-changed-life/

Some examples of bodywork
http://www.ankyloglossiabodyworkers.com/benefits-of-bodywork.html

The book that answered all my questions doctors was not helping with. ALL Doctors working with babies or children should read this and take notes!!!
https://tonguetieal.com/book/?fbclid=IwAR0UFwjGO9FgWqURCdK1x9Ks_zGRf-JGUYILXwb6Dn0RyBoBntMDuw9AFsE